Heaven's Vice was a supernatural television show that originally aired in the 1990s. The show's plot seemed to be about two fallen angel brothers that battled evil beings such as demons, vampires and even The Devil. [1]

In Touched by a Demon, after an unfortunate conversation about her demonic side, Macy Vaughn found an Escape Oil in her mother's supplies in the attic. She used the oil on herself and turned on her favorite television show, Heaven's Vice. Unfortunately, Macy had forgotten to close the vial and, during viewing, accidentally spilled it, causing an electrical surge to her Wi-Fi router. Somehow, this reaction created a portal, which transported several of the characters of Macy's show into the attic. After helping the brothers defeat the vampire, Levi and Gideon began to trust Macy and Harry Greenwood. They later overheard Macy talking about their world being fictional, and Gideon was very upset by the revelation.

While Levi came to terms with the truth, Gideon wanted to stay in the real world and threw both Macy and Harry through the portal. The brothers then went to The Haunt where Gideon tried to pick up Trishelle, only to be turned away. A fight almost broke between the brothers, prompting Mel Vera to freeze the place. Gideon and Levi witnessed Macy and Harry saving the world and Angelica from The Devil, which Gideon took as a lesson and finally decided to return to his world. Levi praised Macy for defeating the main antagonist without killing herself in the process before returning to their world, where he ended up with Angelica. Gideon wished both Levi and Angelica happiness before setting off to find his own. 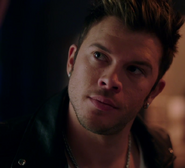 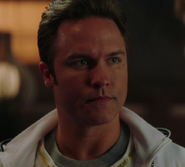 The Devil
Add a photo to this gallery

Retrieved from "https://charmed-reboot.fandom.com/wiki/Heaven%27s_Vice?oldid=32652"
Community content is available under CC-BY-SA unless otherwise noted.