IT'S NOT ALL IN THE PAST — With Maggie (Sarah Jeffery) trying to make up with Lucy (guest star Natalie Hall), she realizes that there is a new Kappa member she isn't familiar with and enlists Mel's (Melonie Diaz) help to find out what is going on. Macy (Madeleine Mantock) is concerned about what she saw on Galvin (Ser'Darius Blain) and invites herself to his birthday party to investigate. Meanwhile, Macy is told a cryptic message about her past that she decides to share with her sisters, but her sisters have a secret from her. Rupert Evans also stars.[1]

At the Vera house, where Macy and Maggie are trying to cheer up Mel. Mel claims she was keeping busy by studying the similarities between all the elders being killed with some type of lightning.

Maggie and Macy don't buy her excuse, so they suggest mojito night at The Haunt.

At the bar, Maggie discusses how upset she is about getting kicked out of Kappa, but sisters insist she will find another group to join. Macy can't find the mark on Galvin in the book of shadows and Harry says people have been marked by Demons as part of a larger plan. He thinks Galvin may be connected and a demon could be using Galvin to get to the power of three.

Harry also tells Mel he's gotten her an interview at the administrative department.

Lucy arrives toThe Haunt with some other Kappa sisters. Maggie approaches Lucy for a peace offering, trying to apologize, but Lucy dumps mojitos on her head instead. Mel freezes and Macy moves it so she misses and it goes on her boots instead. Lucy warns for her to stay away.

Lucy searches a closet for some candles and finds a blue and white one. Trying to find her zen, she accidentally releases a spirit of some kind by lighting it.

We switch over to the lab with Macy, where boxes are being moved everywhere. Macy's new boss approaches and claims that everyone must get drug tested. Macy spots Galvin and notices his mark is getting bigger. Macy approaches him and ends up inviting herself to his birthday party. Galvin warns that Summer will be there, Macy lies and says it sounds great.

Maggie shows up at the Kappa house. She doesn't want to give up on the sorority. A sister named Brenda who Maggie doesn't recognize, dressed in 80's garb, tells Maggie to leave. Lucy and Brenda shut the door in Maggie's face, and Lucy walks right through Brenda like a hologram. Brenda tells Lucy they are going to start hell week.

Back at the manor, Maggie confides in Mel and expresses her worries about Brenda. She realizes that Brenda was killed by drinking too many wine coolers and falling off the roof in 1989.

Harry says there are 100's of ghosts that could be haunting Lucy. Macy burns a pie for Galvin's party. She considers not going, but Harry insists. Harry then tells Maggie and Mel to consult the Book of Shadows about what type of ghost they may be up against while he escorts Macy to the party.

Mel and Maggie ask the book how they identify a ghost and the book gives them the spell for how to call a restless soul. They need to know why Brenda is haunting people and recreate the moment the ghost can't move on from. They recite the spell and pop up in 1989 on their college campus.

Back in 1989, no one can see the two girls (or touch them). They spot Brenda and find out that Brenda was kicked out of pledging for Kappa. Maggie insists the Kappa she knows would never bully someone the way the sisters bully Brenda.

Mel and Maggie then spot their mother having a conversation about being pregnant with Macy. She expresses her fears about how being a witch will affect her child and how she thinks something may be very wrong with the baby.

Mel and Maggie get taken back to the present, realizing that Brenda must be a banshee, spreading sorrow and pain.

Harry and Macy attend Galvin's party, where Macy sees Galvin's glowing tattoo, but Harry can't. Macy notices a picture of Galvins grandma, who has a necklace with a design similar to his mark. Macy finds out Galvin in Haitian.

Summer approaches Macy and tells her to back off, and she decides to leave the party.

Maggie and Mel break into the Kappa house to find Brenda, but instead, they find all the pledges gagged in a storage room. They realize the girls aren't under Brendas spell, but Lucy is. They think Brenda wants revenge on Jenna, her bully, and is using Lucy to do her bidding.

Maggie calls Harry and tells him they need to save Jenna before Brenda kills her. Harry wipes all the girl's memories and then returns to Macy at the manor.

Macy is trying to figure out Galvin's mark, and they find out it's not of demonic origin. Harry thinks Macy activated it by kissing him.

Harry then reveals that the Elders have told him he does not have to live with them anymore, but he's reluctant to leave because he cares so much about them.

Macy thinks the mark may have to do with Galvin being Haitian and looks up a Haitian princess for answers.

Maggie and Mel go find Jenna who is now middle-aged. They pretend to be reporters and ask Jenna about the "death at Kappa." Jenna reveals that girls kept drinking and accidentally falling off roofs, with Brenda being the first. Mel asks why Jenna bullied Brenda, but Jenna insists that she was never a bully, and Brenda was a horrible person.

Mel realizes that Brenda plans to kill Lucy because she wants Kappa sisters to die the same way she did. She's been haunting sisters for years now, and all the deaths have been because of her.

Macy and Harry go to visit the Haitian priestess. Harry gets taken away by Mel and Maggies call. The priestess appears and Maggie asks about the marking on Galvin. Macy thinks it's a protection ward and the princess confirms. She warns Macy to stay away from Galvin. When Macy asks why the princess tells her she has the "ebi" in her. The princess refuses to explain, so Macy offers more money. The princess finally admits it means "darkness" is inside of her. Macy refutes this and leaves abruptly.

Brenda takes Lucy on the roof and forces her to drink wine coolers while telling her to jump. Maggie, Mel, and Harry show up and try to vanquish Brenda but it doesn't work. Lucy then yells for Maggie to leave because seeing her hurts too much.

Maggie realizes the pain she's caused Lucy is what allows Brenda to have reign over her, but it's too late. Lucy hurls herself off the roof.

Mel freezes Lucy and Brenda turns into a spirit to try and break the freeze. Maggie tells Harry to teleport into midair and retrieve her, which he does. But Brenda orders Lucy to kill Maggie, so she grabs her by the throat.

Maggie is unwavering in her apologies to Lucy, insisting that she was in the wrong, and by playing the victim she made things worse. Lucy forgives Maggie and Brenda disappears.

Lucy wakes up in her bedroom with Maggie by her side, mind wiped. Maggie says she is going to give Lucy some space and will be around when she's ready. On the way home, Mel apologizes for not realizing how important Kappa was to Maggie and admits to missing Niko. She's afraid to start a new life without her.

Macy calls the sisters to The Haunt and tells them about the princess. Macy says that the Priestess told her she's had darkness in her since birth and asks if it could be true. Deciding not to tell what they heard from their mother, Maggie and Mel lie, saying that the Priestess must have been a crook.

The sisters go back to the manor and initiate Maggie into their own sorority. Harry appears, and tells the sisters he's moving back out. The girls all say they will miss him, and decide to initiate him into their sorority as well, making him an honorary sister.

At the lab, the shapeshifter appears and takes Macy's blood, while killing her boss.

Remembering what the Priestess said, "The pillar of your past holds the key to your darkness", Macy decides to look at one of the pillars of the manor. Inside, she discovers a box with a key.

Maggie: "I was selfish, I wasn't a loyal friend and then I played the victim like Brenda because I felt excluded so I kept trying to get you to forgive me when what you really needed was space. I'm so sorry."

Maggie: "I should get course credit for being a witch."

Mel: "You end up as a ghost with an axe to grind?" 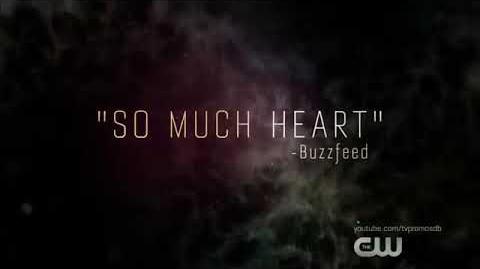 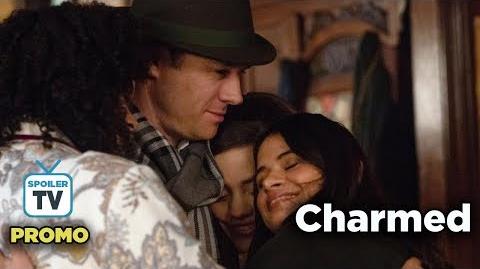 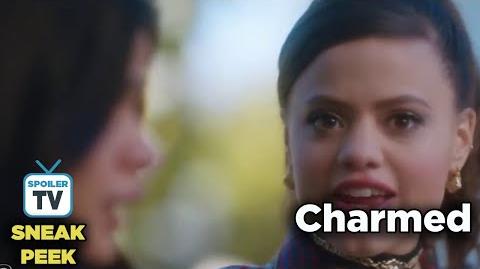 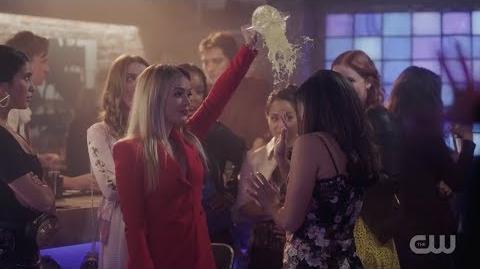 Retrieved from "https://charmed-reboot.fandom.com/wiki/Kappa_Spirit?oldid=41673"
Community content is available under CC-BY-SA unless otherwise noted.