GUILT — Mel (Melonie Diaz) is worried about Niko’s (Ellen Tamaki) safety, so Mel and Harry (Rupert Evans) come up with a plan to protect her, but Mel will need her sisters’ help. Maggie (Sarah Jeffery) notices that Macy (Madeleine Mantock) is upset about her situation with Galvin (Ser'Darius Blain), so she offers to do some recon with her, but they discover that things might not be exactly what they seem. Meanwhile, Maggie’s sorority sister Lucy (guest star Natalie Hall) turns to her for some help, but Maggie struggles with telling her the truth because it could jeopardize her sorority future.

Still devastated by the death of her partner Trip, Niko’s having a hard time believing he’s actually responsible for the murders being pinned on him. Mel, very reluctantly going along with the Elders’ “handling” of his death, is delicately encouraging Niko to move on. However, the detective can’t help but feel like something’s off and won’t let it go. She reveals to Mel that Trip was secretly investigating Marisol’s death and apparently he was a pretty good detective as he’d managed to connect it to two other mysterious recent deaths. Just before his death, he left Niko a voicemail cluing her in on his investigation, and now she’s determined to pick up where he left off, hoping to clear his name in the process. However, the case files and his notes are all missing. Knowing Niko is playing with fire (and magic) by investigating the deaths of three Elder witches, Mel attempts to dissuade her from moving forward but inadvertently leads her to the notes.

Meanwhile, Macy arrives at the Hilltowne University lab and immediately comes face to face with the demon we saw stealing the Harbinger of Hell from Elder Charity in the previous episode. Like witches, it seems demons also have day jobs as he reveals himself to be Alistair Caine, CEO of a major biotech company and the lab’s new major donor. However, as Macy isn’t aware that she’s in the presence of a demon, her most pressing concern is Galvin, who is head over heels for his new girlfriend, Summer, whom he met at the homecoming tailgate Macy declined to attend with him. In her defense, Macy was busy exorcizing a demon.

Parker dumps Lucy following his kiss with Maggie, and the Kappa president is highly suspicious that another woman came between them, enlisting Maggie to find this mystery woman. Maggie, working up the courage to tell Lucy that she may be the reason for the breakup, decides to channel her energy by helping Macy get the down low on Summer, who is not only gorgeous but is also very smart and has an award-winning podcast. Summer is so perfect Maggie quickly deduces that she must be a demon. Harry, their newest roommate while the Elders have their Book of Shadows confiscated, admits she could be a succubus and gives Maggie and Macy the signs to look out for when they purposely run into Summer and Galvin at a campus mixer.

While Maggie and Summer are grabbing a round of drinks at the mixer, Macy and Galvin awkwardly argue about their non-relationship. Macy chides Galvin for immediately moving on with someone else following their Halloween kiss but Galvin felt like he was getting mixed signals and tells Macy he was doing what he thought she wanted. Having spent a minute with Summer, Maggie’s no longer so sure she’s a demon, but after seeing a mysterious glowing symbol on Galvin, Macy is convinced, and she’s able to convince Maggie after the sisters spot one of Harry’s warning signs — traits of the monster’s true form hiding in plain sight — on Summer in the form of a lower back tattoo.

But it turns out not everyone in their lives is secretly a demon as the sisters confront Summer at her apartment and perform a spell, where they learn she’s just a very successful person with a tattoo. It’s all very awkward but Summer politely covers for a mortified Macy when Galvin appears. The messy situation is enough for Maggie to realize she’s letting the blame for Lucy and Parker’s breakup fall squarely on Parker and decides to come clean to her sorority sister.

At Trip’s secret fishing cabin, Niko finds all the notes she’s been looking for. However, unbeknownst to her, she’s being followed by the FBI agent she interviewed with earlier — who also happens to be a shapeshifting demon working with Alistair Caine. Shapeshifting into Trip, the demon confronts a very confused Niko, who hands over the DNA he’s been after. He knocks Niko out and sets the cabin on fire using hellflame, a green flame that Mel’s powers don’t work on. Luckily, she arrives in time and is still able to save Niko without magical intervention. Later, in the hospital, Mel and Harry thwart the demon when he makes a second attempt at Niko’s life.

Despite being the first sister to go all-in on being a witch, the consequences of their new lives seem to be hitting Mel the hardest. Feeling responsible for Trip’s death and putting Niko’s life danger, Mel is desperate to protect her…even if it means sacrificing their relationship. Noting Niko only transferred to Hilltowne for her, Mel asks Harry for a spell that’ll rewrite history so that she and Niko never met, erasing the sequence of events leading to the danger Niko currently faces.

A reluctant Harry is able to procure the Book of Shadows from the Elders, however, the powerful spell requires the Power of Three, prompting Mel to ask her sisters for their help. While the Whitelighter is the master of issuing grave warnings of the consequences to come, the altering of memories hits particularly close to home. Harry reveals to the sisters that he has no memory of his life as a human — not even what he did to become a Whitelighter. He had to sacrifice the memories associated with his old life when assuming his new role and he wants the sisters to be absolutely sure this is what they want to do.

Still desperate to save Niko at all costs, Mel pushes forward. While Macy and Maggie perform the spell, Mel says a tearful goodbye to Niko. I don’t love the idea of Niko’s memories of the relationship being erased — and I hope it doesn’t mean the end for Niko on the series altogether — but if it saves the detective from the same fate as Andy, it’s something I can live with.

The next morning Team Charmed reconvenes over a full English breakfast, courtesy of Harry, who has been formally inducted into the family by Maggie. A heartbroken Mel cyberstalks Niko, who in this new timeline, is still a detective in Lakeview. However, rewritten history has personal consequences for Mel as it costs her the TA job she had in the original timeline.

Galvin may not be under Summer’s spell but Macy can’t let go of that mysterious symbol she saw on him and she’s able to make a copy of it while apologizing. So far, Galvin has been a largely unassuming and understanding character — some would say too unassuming and understanding. However, this newly revealed symbol could have some serious implications as to who the scientist’s true identity. Speaking of amends, Maggie comes clean to Lucy, revealing she was the person Parker kissed. Despite attempting to explain herself, Lucy doesn’t want to hear it and it appears Maggie’s days as a Kappa sister are over.

Meanwhile, the rewritten timeline has interfered with Alistair Caine’s quest to steal Elder DNA for evil epigenetics-related business. However, his plans haven’t been fully thwarted as he and his shapeshifting demon son decide the Charmed Ones — specifically fellow scientist, Macy — may be the key they need to get ahold of the DNA.

With the Harbinger and lofty goals involving Elder DNA, Alistair Caine is clearly up to no good. However, as the Charmed Ones and the Elders are currently unaware that the Harbinger is out of their hands, it remains to be seen exactly how much damage Caine will be able to inflict before they can stop him. 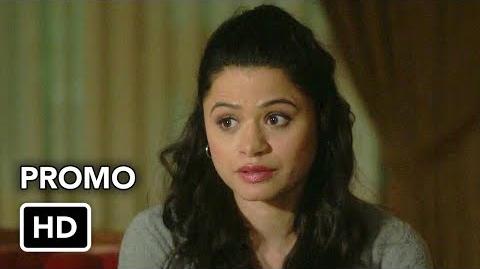 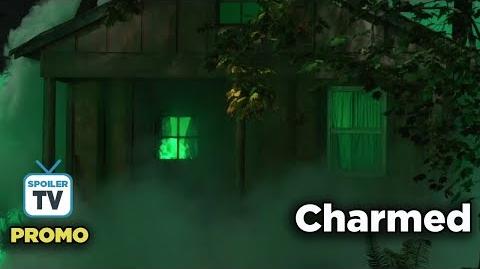 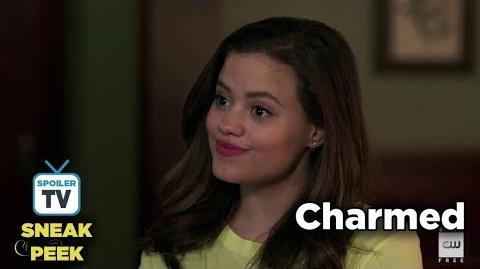 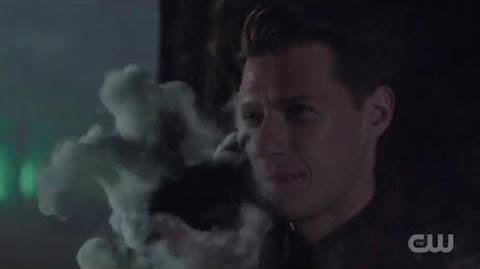 Retrieved from "https://charmed-reboot.fandom.com/wiki/Other_Women?oldid=43881"
Community content is available under CC-BY-SA unless otherwise noted.