Mel Vera
The Haunt is the local bar and a hangout spot for the residents of Hilltowne. Mel Vera formerly worked there as a bartender.

Galvin Burdette tended to frequent The Haunt. His then-girlfriend, Summer, would go with him most times. Maggie and Macy both went to The Haunt on a day Galvin was there to investigate Summer, and Maggie ran into Parker, despite her attempts to avoid him.[1]

Mel, Macy, and Maggie went to the Haunt to take their minds off their troubles. While there, Maggie runs into Lucy and, in an attempt to get Lucy to forgive her for kissing her ex-boyfriend and get back into Kappa Tau Kappa, she offers Lucy a drink. Lucy attempts to pour it on her, but Mel freezes the scene and Macy redirects the drink so that it spills on the floor instead.[2]

Mel started working at the bar after losing her job as teaching assistant at the university as an unforeseen consequence of rewriting history.[3]

Macy went on a date with a man she met on AptitudeMatch, but he turned out to be a demon and kidnapped her after the date. The next evening, Macy called Galvin to ask him out for a drink at the Haunt. Galvin was on his way when a car accidentally ran into him.[4]

Mel met with Jada Shields to give her a jar of Hellflame. While they were leaving, Niko Hamada was seen taking pictures of them.[5]

Mel came to the Haunt with Jada on her night off to do a mission, where they hexed a registered sex offender, who tried to drug a woman. While there, Mel ran into Niko and they had a brief conversation.[6]

The film class, World Cinema 201, held a wake for Judd's passing. One of the students, Noah, had an accident right outside the bar.[7]

Gideon tried to pick up Trishelle, but she found him revolting. Levi scolded him for being insensitive. The brothers began to argue and were about to show their wings in public when Mel froze the scene to avoid exposure, then took the brothers back to the manor.[8] 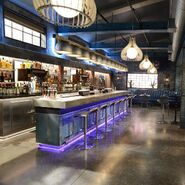 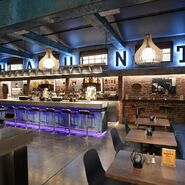 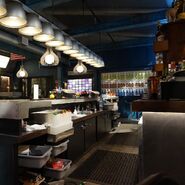 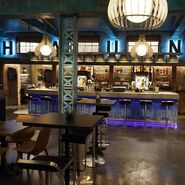 Retrieved from "https://charmed-reboot.fandom.com/wiki/The_Haunt?oldid=46669"
Community content is available under CC-BY-SA unless otherwise noted.