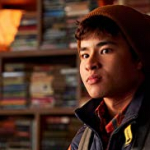 I am a huge fan of both the reboot and the OG. I'm hoping that the reboot will be just as successful or even more successful than the OG was at its time.

Retrieved from "https://charmed-reboot.fandom.com/wiki/User:Badwitch16?oldid=19660"
Community content is available under CC-BY-SA unless otherwise noted.