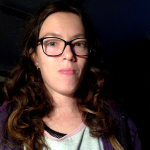 The Council of Elders
260 Edits since joining this wiki
May 21, 2018
0 Discussion posts

Hi all! Cjhawkings here! Many of you might know my other profile, chawk1993 that I created years ago. I'm a massive fan of the original Charmed and was a little skeptical about the reboot until I learned that they were going to do a similar format to the original with three sisters instead of three total strangers. I love the idea of a diverse cast and I cannot wait to see how the new series plays out.

In the original series, I loved Phoebe and Paige as they were the youngest and for some reason, I've always had a soft spot for the younger siblings as I have a younger sister myself. I became a fan of the original series after my mum bought the DVDs. I binged on them until I was totally hooked. I was born in the 90s so I didn't get the chance to watch the original the way most people did. If I could have any power, I would either have the power to freeze (like Mel or Piper) or telekinesis (like Macy and Prue).

On my previous account (which is linked to my Facebook Account), I was an admin and later a bureaucrat of the Merlin wikia until I was blocked for a reason even unknown to me. During my time on there, I learned basic coding skills. I've also edited the James Cameron Avatar wiki, Planet of the Apes wikia, Arrowverse wiki, Raven's Home wikia and others.

Retrieved from "https://charmed-reboot.fandom.com/wiki/User:Cjhawkings?oldid=7462"
Community content is available under CC-BY-SA unless otherwise noted.