SING A SONG - Macy (Madeleine Mantock) is eager to share the information she has learned with her sisters, but is thrown by their reaction to the news. To cheer herself up, Maggie (Sarah Jeffery) decides to try out for an a capella group, but something doesn't feel right about the group. Meanwhile, Mel (Melonie Diaz) runs into an unexpected person from her past. Rupert Evans and Ser'Darius Blain also star.

We begin with a strange man entering a store in Athens Greece. He looks at various musical instruments until a store clerk comes to assist him. He lands upon an ancient looking pipe. The clerk has to answer the phone, and when he leaves the man begins to play the pipe, which releases a dark cloud that possesses his body. The man leaves the pipe and exits the store.

At the house, Maggie sings for Mel, who is practicing for auditioning for an Acappella group later that afternoon.  The girls bring Harry breakfast, who is still healing from Tartarus.

Macy enters and asks to talk to the sisters downstairs, but before they go, Harry tells them that wiping Galvin’s memories that contain the knowledge of their witchcraft would be a good idea. When the sister leaves, Harry continues to write down memories he had once forgotten, but his wrist starts to hurt.

Downstairs, Macy comes clean with the knowledge that she may be the full sister to Maggie, as opposed to Mel, and shows them the paternity test results. The sisters, at first, tell her it’s impossible. Mel reacts poorly to Macy spilling the new sisterly dynamic, but Macy suggests that everything must be connected, and Maggie should call her father and ask questions. Maggie refuses, claiming that she has too much to worry about with her upcoming audition.

A distraught Maggie goes to her Hilltones audition where she’s feeling intimidated. She cries through her audition, but the possessed singer shows up and happens to be the director of the Hilltones. He says he is impressed with her passion and chooses her for the group.

At Galvin’s, Macy vents to him about how her sisters reacted to the news about her recent discovery. She does a spell to reveal secrets, and it reveals a bunch of letters that are from her father, written to her mother. They had been in touch all along.

Back at the University, Maggie runs into Lucy, who happens to also be a Hilltone. Lucy says it’s fine if she stays in the group, as long as she gets the solo. Maggie agrees, but another girl comes in and challenges her. The Hilltone director comes in and feeds the singers a soothing tea that apparently will help their voices.

At the house, Macy apologizes to Maggie and shows Maggie the letters between their parents, but she’s uninterested in hearing about it. Mel meets up with Jada to vent about all her mothers lies. Not wanting to lie, she tells Jada that she was originally sent to the Sarcona by the Elders to infiltrate them. Jada tells her that she already knew, and she’s fine with it, now that Mel genuinely wants to be a part of them. From around a dark corner, Niko is taking pictures of the two women.

The Hilltones are practicing a very strange version of a Lauren Hill song. The director picks Maggie for the solo, claiming that her voice will hypnotize them the most. When one of the girls complains, he ends up cutting her from the group, and then sucks out her soul, killing her.

Macy continues to read over her parent's letters with Galvin. She’s shocked to find out that her parents were actually still in love for decades through them. She tells Galvin how disappointed she was to have missed out on knowing her sisters at a younger age, and she’s confused why her mother and father didn’t stay together.

Lucy and Maggie continue to drink Mr. Miranda’s tea after rehearsal. She explains to Lucy that she’s upset with her sisters and her messy life. Mr. Miranda calls them for warmup, but when Maggie starts to question the way he’s acting, she touches him and realizes there’s something bigger going on.

Mel and Jada talk about how Mel is worried about Maggie but she’s trying to give her some space. They’re hunting down a man who got released even though he sexually assaulted a bunch of women. After Jada walks away, Niko shows up and introduces herself.

Niko explains that she’s on a case trying to investigate if Jada is in trouble with some type of cult, and leaves her card in case Mel ever feels unsafe. The man the Sarcana are hunting shows up, and they continue their mission.

Macy, Harry, and Galvin go to the Book of Shadows and explain who Mr. Miranda is possessed with.—a siren. They realize that Miranda is trying to kill the audience through song, and try to rush off to meet Maggie, but Harry’s powers aren’t working correctly because of his time in Tartarus.

At the bar, Jada and Mel stop a guy from drugging a woman, where Mel freezes time while Jada performs some magic that makes his hand stick to the glass, exposing his motives when Mel unfreezes time.

The concert is about to begin, and Maggie tries to vanquish the siren in Miranda but realizes that’s not exactly what he is, after all. Instead, he is the conductor—or maestro—behind the Sirens. The girls begin to sing the song, and Miranda tells Maggie that if the song stops, the audience will die—the souls are already his.

Macy and Galvin show up and trap Miranda, but they still don’t know how to save the audience. They quickly realize that the soothing tea the Hilltones have been drinking is why the girls weren’t affected by the song, and they feed some to Galvin, who was affected by the noise.

Macy realizes that it isn’t the song, but the arrangement of the music. Macy and Galvin suggest Maggie lead a mashup, to shock the audience awake. Harry calls Macy and reminds them that they have to get the pitch pipe from Miranda, which actually has the Actual Mr. Miranda trapped inside.

Harry explains that in order to release Miranda and recapture the maestro, they have to play the pipe three times. Mel shows up, and the three hunt down the demon. He attacks Macy, but Mel freezes him. They recite a Power of Three spell to destroy him, but it doesn’t work because the sisters are fighting. Once they apologize to one another, it works, and the demon is forced back into the pipe.

The sisters handle the pipe to Galvin, who plays it and all the souls which were trapped by the maestro are released, including Mr. Miranda.

Back at the house, Mel tells the sisters about her run-in with Niko, and it reminded her that sometimes people lie to protect the ones they love, and she’s hoping that’s what their mother did. Maggie asks Macy for the letters, and Mel insists that the two of them read them alone. Instead, she meets up with Jada, who tells her the truth about Niko. She also reveals that Niko is her ex-girlfriend.

Charity comes to visit Harry, and shows her the memories he’s been writing down in an effort to finding his son. Charity reminds him that his commitment has to be to the Charmed Ones, before anything else. Harry admits he’s not sure if he can be their whitelighter anymore, after his time in Tartarus.

Maggie and Macy bond over the letters between their mother and father and what it would have been like if Maggie and her biological father had the chance to get to know one another. Maggie reads a letter that reveals Macy was at one point, brought back from the dead by them.

Answered Questions from the Previous Episode

Macy: "What, so now you're blaming me for the nature of the news?!"

Macy: "You know what? I'm fine. More than fine. I'm exhilarated by the possibility of finding some answers once and for all. "

Galvin: "Is that why your stress juicing?"

Harry: "Typically, but gender can be fluid, as we have learned." 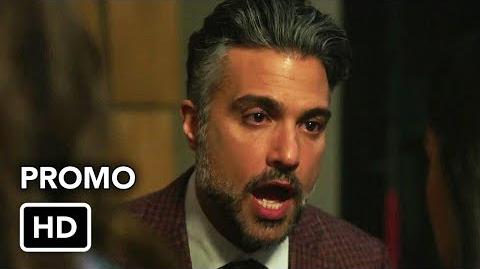 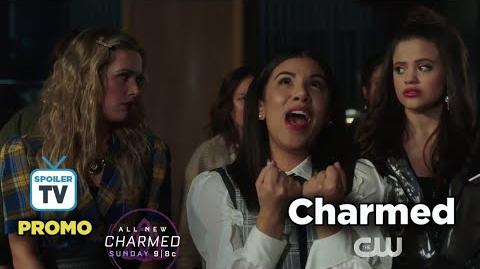 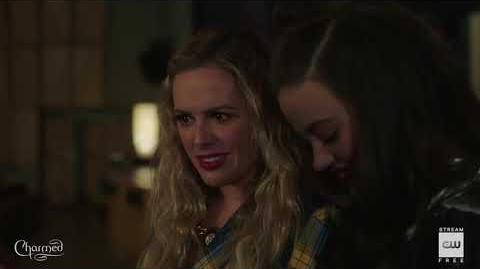 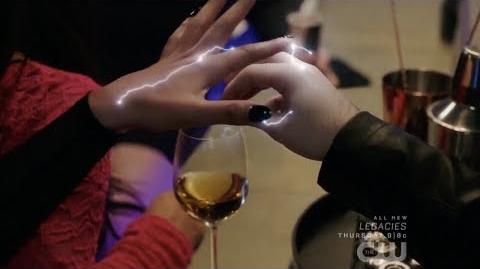 Retrieved from "https://charmed-reboot.fandom.com/wiki/Witch_Perfect?oldid=38357"
Community content is available under CC-BY-SA unless otherwise noted.